For the Hospital Notification System also called Healthcare Mass Emergency Notification System, almost half of the Dutch hospitals rely on the MultiBel hospital calling system. This allows you to alarm ten, hundreds or even thousands of people simultaneously. It is traditionally used to summon people from outside to inside, but can now also be used as a certified (NEN2575-4) silent alarm evacuation system to instruct people from inside to outside during an evacuation of the hospital. You determine the scenarios you want to use for the mass emergency notification in advance. A good hospital notification system saves time and limits damage, both in the event of a hospital evacuation and in a scenario where people from outside have to be called in, such as to open a second OR.

Hospitals have been choosing MultiBel for their emergency preparedness for over 20 years because of its simplicity, reliability and technical possibilities. More than 1,000 customers also choose our Cloud alarm solution because it does not require any hardware investments. MultiBel runs in secure data centers and we guarantee 99.95% availability through a Service Level Agreement.

Real time overview of who is going to be able to attend the request including the response time.

After a Hospital Mass Emergency Notification Alert, communicate immediately by using the walkie-talkie app and / or conference call.

Employees receive instructions, task cards or to do lists.

Can also be used in case of (technical) malfunctions, IT problems, emergency response, etc.

MultiBel breaks through the silent mode of mobile phones. 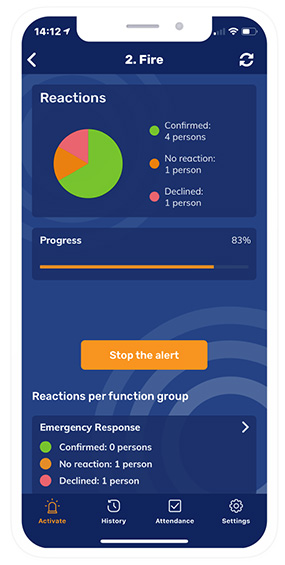 Real time overview of who is going to be able to attend the request including the response time.

After a Hospital Mass Emergency Notification Alert, communicate immediately by using the walkie-talkie app and / or conference call.

Employees receive instructions, task cards or to do lists.

Can also be used in case of (technical) malfunctions, IT problems, emergency response, etc.

MultiBel breaks through the silent mode of mobile phones.

The power of the MultiBel Mass Emergency Hospital Notification System 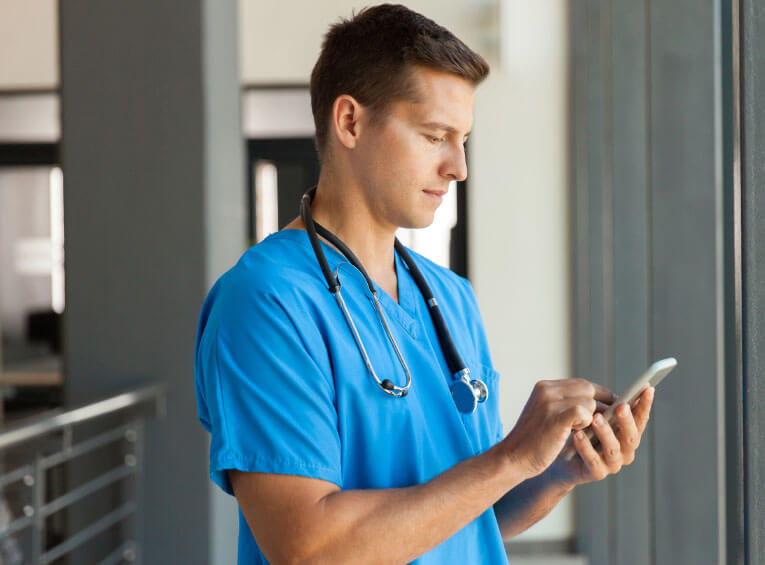 If the Integral Hospital Crisis Plan states that you do not need everyone in the event of that calamity, MultiBel can stop the hospital emergency alert when enough people have confirmed. As a result, not many people are called up unnecessarily. Another commonly used module is the communication module. Via the push-to-talk walkie-talkie app and / or conference call, people can communicate directly with each other without an additional device.

Our customers are our most important innovation partners. For example, over the years we have added numerous functionalities that are desired by many customers. For example, employees can exchange standby shifts and confirm their turn-up time. MultiBel has been set up in such a way that it can comply with the most complex evacuation plan for hospital and specification of requirements. 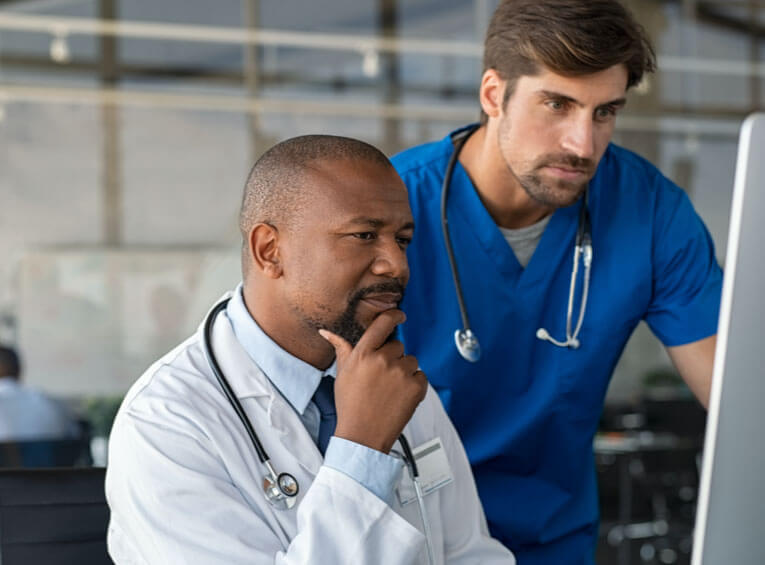 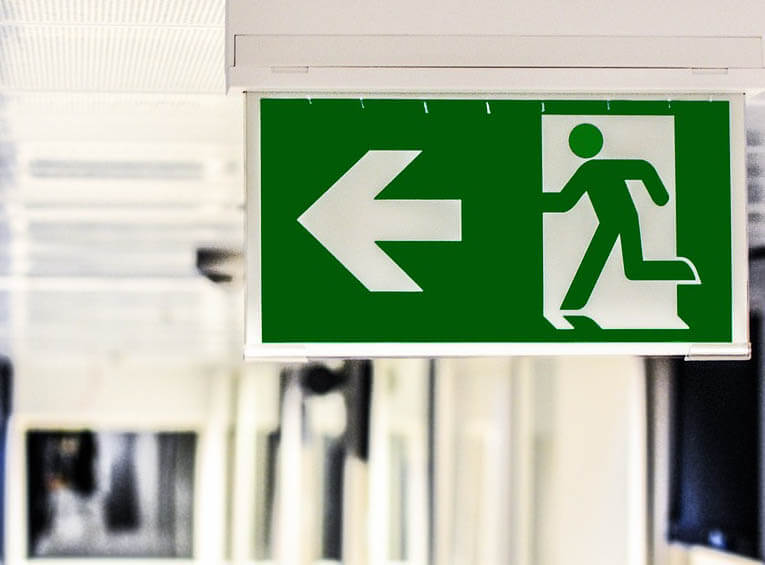 MultiBel can be used as a KIWA certified silent alarm evacuation system in the hospital. This removes the obligation to purchase expensive hardware (like pagers) with auxiliary transmitters. The annual check is also much easier because things are monitored remotely. The extra functionalities of the app ensure that an evacuation also goes better.

IT and information security

Due to cybercrime and the dependence on IT systems, protecting sensitive patient data and care continuity is becoming an increasing task. With MultiBel you can not only drastically shorten the response times to IT problems, you are also assured of follow-up. You determine escalation processes in advance so that a quick response is always provided. 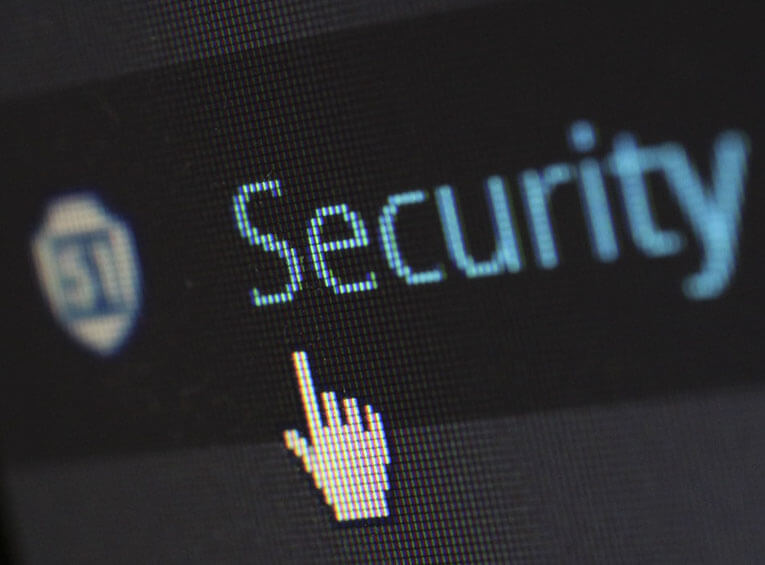 Our hospital notification system can alert via many different channels. The way in which someone can be reached differs per person but also per moment, an evacuation in a hospital requires different channels than calling everyone in. The more channels you use, the greater the chance that that person will be reached, even if the disaster has damaged your own infrastructure.

Thousands of people can be alerted simultaneously via the hospital notification system. All persons first receive a spoken message in the app, there is no response, MultiBel will call a maximum of 10 telephone numbers and we will send an email and SMS. The crisis team can follow the reactions of the staff in real time and coordinate any follow-up steps. 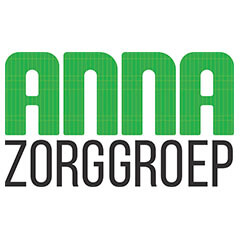 St. Anna Hospital used bell trees for the introduction of MultiBel in 2002. Because of the labor intensity and error-prone nature, an automated solution was considered. MultiBel was already quite revolutionary in all its basic simplicity, while the old MultiBel offered a lot less in functionality than the current MultiBel.

The St. Anna has recently revised the entire layout of MultiBel and redesigned the MultiBel system. This was largely done on the basis of the organization chart and all scenarios within the Integrated Crisis Plan. The scenarios cover calling the first responders for calamities to a complete Hospital Integral Crisis Plan emergency notification. 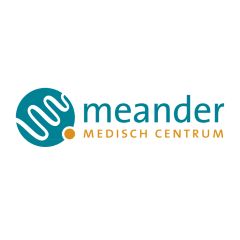 MultiBel is flexible and easy to use. We can make the calls quickly and easily. We are also pleased with the manual. We have no experience with the MultiBel helpdesk, because we never needed it. We can describe the contact with our regular contacts of MultiBel as “thinking along in the right solution for us”. 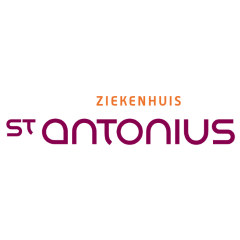 In the first instance, MultiBel is only used for the initial alarms within the Disaster Response Plan. Very specific alarms can be programmed in with simple building blocks.

Because continuity issues arise in daily practice, the need has gradually arisen to deploy MultiBel Alarm more widely. Even as an extension of regular patient care. One spell is central to all MultiBel scenarios:

Choose the right package for you

Schedule an (online) appointment for free advice or a demo of our Hospital notification system. 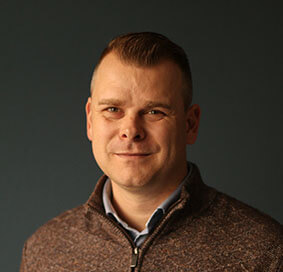