Why does the market want a Cloud based smartphone silent alarm evacuation system instead of pagers?

An evacuation system helps save lives. Detecting a fire or other calamity quickly is one thing, but a quick and safe way of evacuation is just as important. However, it is not so self-evident to think that everyone present can leave the building independently and safely. In user functions where those present are not self-reliant or have limited freedom, it is of great importance that no panic arises in the event of a calamity. We are talking about high risk objects. Care institutions, hospitals, prisons and some municipalities in the Netherlands therefore have a legal obligation to have a NEN2575-4 certified silent alarm evacuation system.

Until now, a pager system was chosen. For years there has been a desire from the industry to replace the pagers with a wireless silent alarm system. To this end, Kiwa has drawn up the “Wireless Silent Alarm System” certification scheme, the scheme K21047. The MultiBel calling system is the first wireless silent alarm system in Europe to receive the WSAS part certificate.

Many companies claim they can…

Many companies pretend they can…

But we are the first to make it happen. 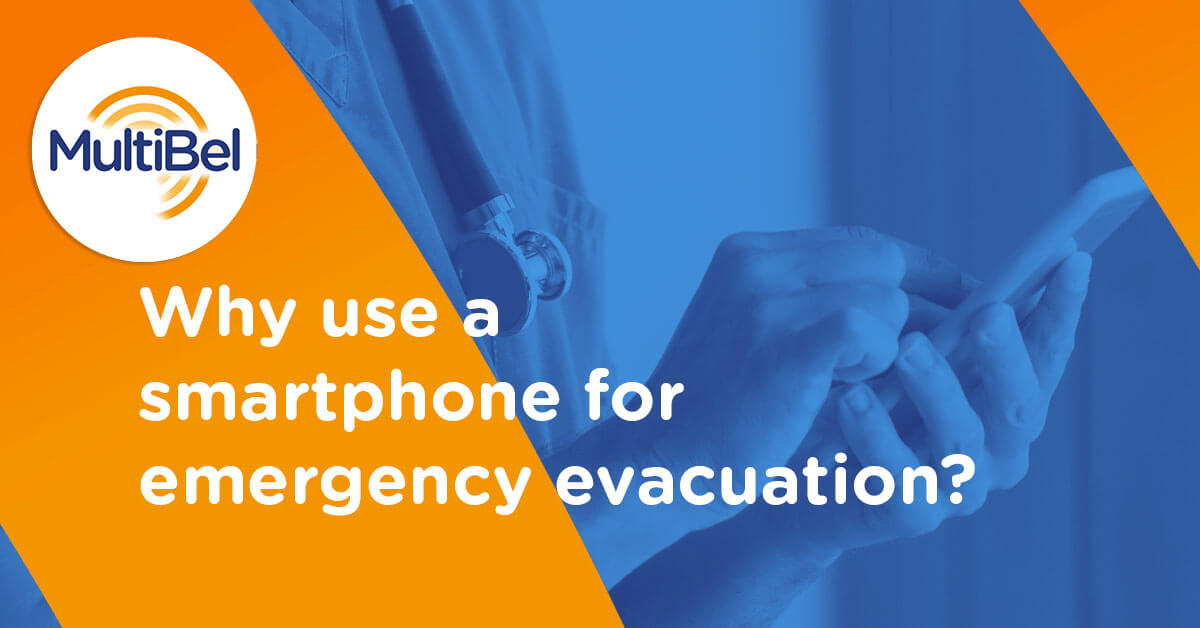 Almost everyone has a smartphone on hand and how logical is it to use it during evictions? In addition to the desire to replace the pager with a smartphone-based solution, DECT devices including telephone exchanges are increasingly being replaced by cloud-based exchanges with smartphones. Healthcare institutions therefore want to use them to manage an evacuation in the right direction.

The pagers must be taken from the rack by the employees and also returned. It sounds simple, but in real life this leads to resistance among users or it is forgotten. Hardly anyone forgets a smartphone these days.

A pager must be inspected annually. This also applies to a smartphone solution that depends on a server on location. In addition, the pagers regularly break and are often no longer available after a number of years, so that a whole new pager installation has to be purchased. MultiBel is a Cloud based solution. The connections are continuously monitored, which means that most of the maintenance is lost. No transmitters are needed to reach the pagers, so no transmission license is required. However, the internal WIFI network and/or the accessibility of the wireless telecom network within the buildings must be sufficient.

A pager is expensive if you calculate the costs per device. That is why it is often opted for a minimum number of pagers per location, but in the event of an emergency evacuation you would actually want to send information to many more, if not all, employees clear instructions about what is expected of them. This is possible with a smartphone-based solution because the hardware is already available. By sending the message en masse, an eviction is much more efficient and the personal damage is limited.

A pager is simple to use but also offers very few extra functionalities. With MultiBel there are suddenly many other functionalities that can be used during an evacuation. MultiBel can also be used to allow the evacuees to communicate directly with each other. This can be done via the walkie-talkie function in the app or the conference call. A common picture is created much faster because stakeholders can talk to each other. Other options are, for example, sharing photo and video, scheduling tasks and sending task cards and evacuation plans.

MultiBel has been implemented redundantly over the entire chain in geographically separated data centers. Tests are performed periodically on the website application and the mobile app. This guarantees an availability of 99.95%. In addition, a pager system solution depends on 1 or 2 support transmitters. In case these do not work due to a fire, for example, the whoe evacuation procedure and emergency notification is disrupted. MultiBel relies on the internal WIFI and the mobile data. Operation is guaranteed by continuous monitoring based on EN50136-1/A1 & EN50518.

Warning in case of understaffing

Do I have sufficient emergency responders at all locations at all times? Or are there times, e.g. at night, that I do not meet the requirements of the company emergency plans or the fire service? MultiBel registers through the automatic attendance registration 24 hours a day whether the requirements are met and in the event of understaffing, a report is sent to those responsible. A report is also made of this that can be further analyzed.

MultiBel is a Private Cloud based PaaS solution, a service without hardware, that fits in the context of NEN 7512. It works with an annual subscription. A pager system is an expensive system that often involves a high one-time investment, high annual maintenance costs and replacement of broken pagers.

Platform for many applications

MultiBel can be used as an evacuation system, but once the system is in place, it can also be used for many other applications. Alerting the emergency response team, alerting the facility service in the event of technical failures, alerting colleagues in the event of aggression or lone workers who do not respond, etc. Additional care providers in the immediate vicinity of the building can also be approached for assistance. Numerous applications and therefore a complete integration of the call system in the emergency plans.

Since the 2012 Building Decree, the responsibility for fire safety has rested with the user. If after a fire it appears that fire safety is not plausible, drivers can be held liable. However, the Building Decree assumes minimum requirements to achieve a fire-safe building. The “Tabaksblat Code” goes further and requires drivers to properly fulfill their duty of care with regard to the safe escape of people who are not self-reliant from a building. MultiBel as an evacuation system offers many advantages compared to a pager, so that the evacuation will be carried out more effectively and the management of the healthcare institution will be unburdened.

Want to know more about MultiBel as a evacuation system? 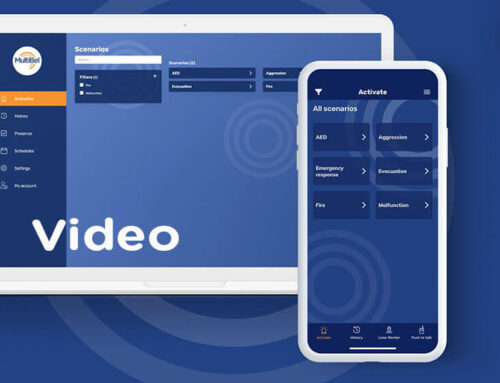 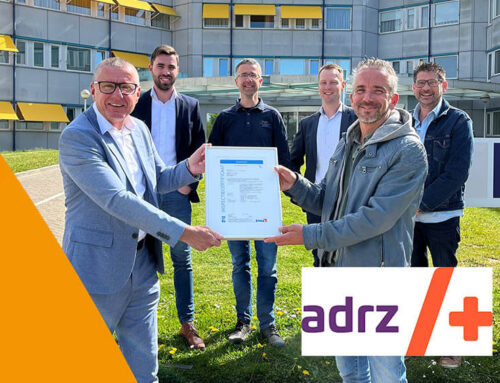 Adrz: 1st hospital with evacuation system in the cloud

Adrz: 1st hospital with evacuation system in the cloud 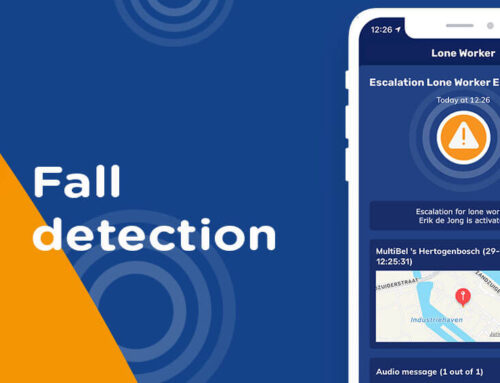 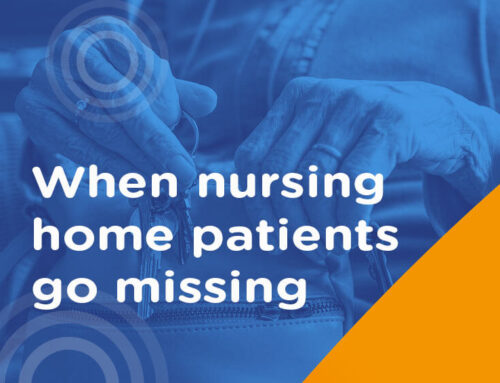 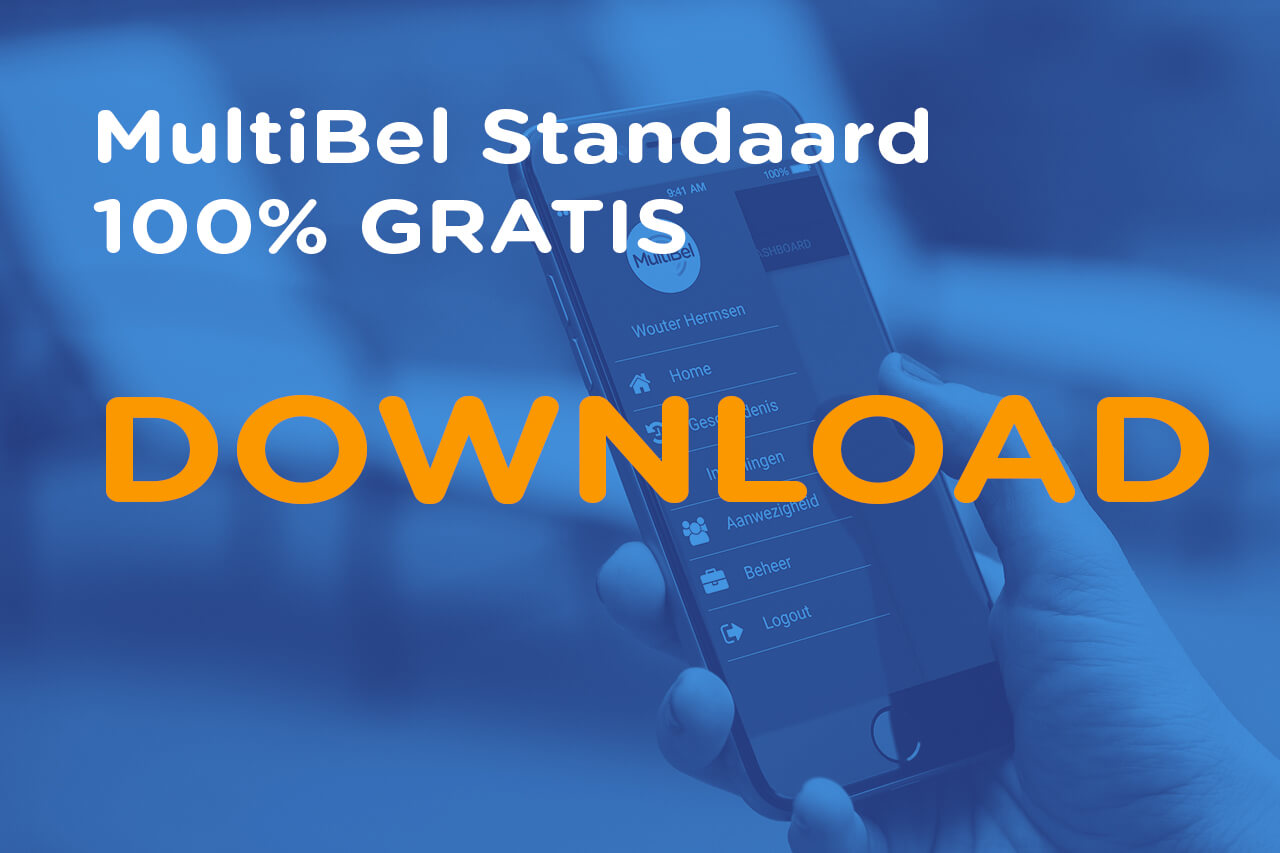